Home Christmas The Quite Understated Way

The Quite Understated Way 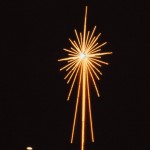 We all sat wondering why the choir had not returned from the break until the sound of their voices rose from behind the tall white walls. “Silent night. Holy night,” they sang, and the thick walls swallowed the sound of the ninety-person choir. From outside we heard only their muffled whispers. “Round yon Virgin mother and child.” And we all sat silent.

I wondered who had conceived that great illustration of the Silent Night. The power of the choir was not in their volume, but in their very understated position behind the wall—isolated, hidden, and yet still with us.

“Understated!” I thought, “That’s what it is! Understated.”

Understated describes God sending His Son to be born, not in a castle, or a mansion, not with the famous who might claim him as their own, but in some obscure town where he went unnoticed.

Understated describes God choosing a poor carpenter to act as earthly father to The Son.

Understated describes the Father choosing a confused Jewish girl to birth The Son.

Understated describes The Son born in ignoble Bethlehem, not Jerusalem.

May this NEVER be said of us, as we are not restricted to just the facts of a baby born way back then. We know and have experienced more.

The Son was not born in a mansion, but there was…

an angelic announcement to the shepherds (Luke 2;8-20),

and in the sky, for all the world to see—a star.

The choir was the Manchester United Methodist Church choir in Manchester MO.