Home Devotional On Being Made – Part II

On Being Made – Part II 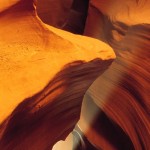 I was blind but not deaf. I couldn’t see them, but I heard them very clearly mumbling to one another as they walked my way. All my life I had swallowed these accusations from people who knew nothing of who I was. They asked, “Who sinned that this man was born blind?”

Who sinned? I’ll tell you who sinned. Whoever made me this way sinned. Whoever carved me out of some faulty clay sinned. Whoever left me to endure life like this sinned. I was born like this. My parents are not perfect and neither am I, but many with sight have done far worse. If this is my punishment—where is theirs?

I thought these things, but as usual, I said nothing. I hoped that they would soon pass by and I could go back to the silent world of darkness that was mine.

I heard approaching but assumed they would pass as they always do—with quiet disdain. But one of them touched me. I almost ran but could not. The man spit on the ground, mixed it with His hands and lifted it to my eyes. Mud. He placed mud on my eyes. It didn’t hurt but it was mud made from spit and dirt. I almost wiped it away, but he said: “Go wash in the Pool of Siloam” (John 9:7).

Believe me, I know how foolish it sounds. I myself stood there thinking for a while—saying nothing. “How,” you ask, “after all these years did I still have hope of seeing?” I do not know—but I did. Something about the way He said it, something about the sincerity and authority in His voice compelled me. So I went and washed in the pool of Siloam and came up—seeing.

My story has only two parts, has only a before and an after; I once was blind but now I see. He has made me see. He has made my eyes like new. He has refashioned this clay and given it sight. I had longed to meet this God who is far away, to draw Him near enough that I might speak my mind. Instead, He came to me.

Jesus asked me later whether I believed in the Son of Man.
I said, “Where is the son of man! Who is He Lord? Show Him to me!”