Home Devotional Someone Greater Than Solomon

Someone Greater Than Solomon 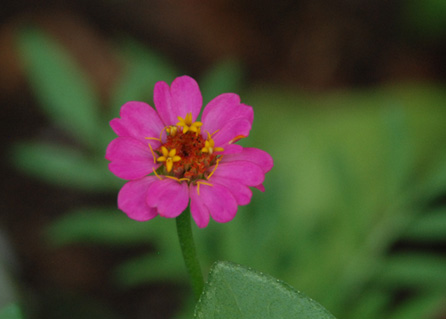 I’ve been reading through the Old Testament kings. I’ll admit–sometimes the figures seem a bit dry, and I wonder what I’m supposed to learn from them. So I’ve been praying “Lord, show me Jesus as I read about these kings.” He has been answering that prayer…

He was at the height of his kingdom. His father, King David, had passed along all the blessing of God’s promises to his son, and Solomon was in the top of his game. His popularity ratings were off the charts. Everyone loved him. I can’t think of a single modern example, where a ruler was so famed, so popular, so loved by his people.

After David’s death when Solomon was established as king, God gave Solomon a unique opportunity. “Ask for anything you want me to give you.” WOW! Give me rest from my enemies. Give me the favor of the people. These first come to my mind. But Solomon says “Lord, you have made me king over a people as numerous as the dust of the earth. Give me now wisdom and knowledge… for who can rule this great people of Thine?”

1 Kings 3 tells us that God promised him a wise and discerning heart, “so that there has been no one like you before you, nor shall one like you arise after you.” Quite a promise! Now put yourself in his shoes. Can you not hear these thoughts rising within you? “…No one so wise as ME…No one before ME or after ME as discerning as ME!” Surely that is what he was thinking, right?

During the next 4 years, Solomon enjoyed all the things he didn’t ask God for–Fame, wealth, honor, peace, and more. Yet God had something else very special in mind for Solomon. Of all the generations that passed between the exodus from Egypt, to the conquering of the promised land, God had given this king an honor known by no other. Solomon would build a house where God’s presence would dwell. He spared no expense in materials or workmanship to complete the temple to the exact specifications that his father had relayed to him. It was a seven year job. No architectural structure like it had existed before his time, and now the task was complete.

The whole nation is assembled before the wondrous temple for a grandiose celebration. A hush falls over the crowd. Every eye is upon the king as he stands up to address the people. Solomon approaches the altar. He raises up to stand upon it so everyone can see him, and raises up his hands before the people. With every eye watching, the grand and powerful Solomon kneels in the presence of the people and spreads his hands out towards heaven. Then he begins his speech, not to the people, but to God, “O Lord, the God of Israel, there is no god like Thee in heaven or on the earth…Will God indeed dwell with mankind on the earth? Behold, heaven and the highest heaven cannot contain Thee; how much less this house which I have built.” He goes on to entreat God to listen and answer the prayers offered to Him there in the temple.

The Bible tells us that when Solomon finished praying, fire came down from heaven and consumed the sacrifices, and the glory of the Lord filled the house so that the priests could not enter for the greatness of His glory. I suspect that God’s great pleasure shown toward this display was in response in part to the great humility he found in his servant Solomon.

Ponder in awe this figure, Solomon, who was the greatest king the earth had known. Ponder his wisdom as he ruled in power and discernment over his people. Ponder his humility as this greatest of all kings bows in humble worship before the God of the universe. But please, don’t stop there.

Here I need to press the pause button for a moment. How many hundreds of sermons have we heard that call us to model the greatness of a biblical character? “Be like Abraham”, who trusted God and was willing to give his son. “Be like Daniel”, who would not bow to the king. Here we could say, “Be like Solomon”, who asked for wisdom over riches; or who bowed in humility. Great models, all of them. Solomon was great, and we should emulate his humility and request for wisdom. But could we be missing the point? Let me ask it this way– Does your heart ever cry out “YES!” within you when someone calls you to ponder the greatness of Solomon? Does your soul feel fed by the great wisdom of this biblical king? Great as he is, mine doesn’t either.

Solomon bowed because he was NOT the King. All the Old Testament kings, great, famous, wicked, godly, all together shout “I’m not THE King. THE King is coming!” So as I quote these passages, think of Solomon, and let them bring you deeper than Solomon could go.

“The Queen of the South will rise at the judgment with this generation and condemn it; for she came from the ends of the earth to listen toSolomon’s wisdom, and now one greater than Solomon is here.” (Mt. 12:42)

“But God chose the folish things of the world to shame the wise…so that no one may boast before Him. It is because of Him that you are in Christ Jesus, who has become for us wisdom from God…” (1 Co 1:27,30) You thought Solomon was wise?

“Your attitude should be the same as that of Christ Jesus, who being in very nature, God, did not consider equality with God something to be grasped, but made himself nothing, taken the very nautre of a servant, being made in human likeness. And being found in appearance as a man, he humbled himself and became obedient to death–even death on a cross!” (Ph. 2:6-8) You thought Solomon was humble?

So THAT is why we read…(don’t miss the climax!) “Therefore God exalted him to the highest place and gave him the name that is aboveevery (king’s) name, that at the name of Jesus, every knee show bow, in heaven and on earth and under the earth, and every tongue confess that Jesus Christ is Lord, to the glory of God the Father.” (Ph. 2:9-11)

Bow with me before this One who IS wisdom; who humbled Himself in ways we cannot fathom; who is exalted above every name. This Onefeeds my soul. To this One, my heart cries “Yes!” For this One is FAR greater than Solomon.

First published Tuesday, May 16, 2006, on http://bringmetojesus.blogspot.com